Longest I Have Ever Boated Alone with Sickle

I didn't sleep great on my own, despite more space in the bed!  It was actually getting colder, but on my own I didn't want the effort of lighting or managing the Epping range, so I went for extra blankets.

The kettle is taking an inordinately long time to boil on our normally excellent meths fuelled stove - I don't know why, but was determined not to leave without a full thermos of coffee that I could pour from when under way.  I also made sure I had a proper breakfast, because lunch on the move would not be an option.


Where we had moored last night near Stoke Golding was shallow, and I was on the bottom, some way from the bank.  I didn't realise how much I was on the bottom, until I attempted to "unstick" myself from it.  Whilst I was getting nowhere with engine power, use of a shaft, or indeed both, Trevor Maggs boated by on his working boat "Corona".  Trevor makes things look effortless, (he has more practice than most!), and I don't think was convinced by me pausing my attempts to get going, and trying to look like I could if I actually wanted too!

The next thing I learnt was that if following Trevor on "Corona" don't expect to catch up!  I kept getting tantalising glimpses of "Corona" in the distance, but only occasionally, and many miles ater, the gap seemed as large.  I finally only caught him when he had to wait for the stop lock at Hawkesbury.  He got through, but some CRT employees attempting to reattach the top balance beam rather better than it was made me wait some time while they "spannered" away.  By then Trevor was probably tied up back at base in Rugby, (OK, well not quite).  It seemed sensible to stop for sandwiches.

I decided I would carry on until early evening, and Newbold looked favourite - I thought I might get a pub meal and some shopping there, and did not fancy pushing on into Rugby itself.  I had however picked the one night of the year that the nearest pub wasn't doing evening food, and the one next to it never does.  I thought I was scuppered, until I found there are three pubs in Newbold.  The Newbold Crown provided adequate food, but in completely empty bar, and I thought my pint of Doombar wasn't quite up to scratch.  Perhaps one is more demanding when you only have yourself for company?  The Co-Op, however, provided all my shopping requirements, and I managed to get back to the boat OK, even though I had failed to take a torch with me.

By putting in a long day today, Braunston should be reached fairly easily tomorrow, although I would have to work Hillmorton locks on my own.

How To Be At Sickle's Next Event?

We know we are temporarily breaking our resolve to do our boating at a bit more sedate pace, but, as already explained, we are also keen to get to all this years events with "Sickle" that we reasoned we might just manage at the start of the year.

But with Cath currently unavailable during the weekdays, (don't ask!), could we get "Sickle" from Shackerstone this weekend to Stoke Bruerne by next weekend, ready for "Village at war" - one of our favourite events.

Well, yes we can, but only by me "single handing" "Sickle" for much of it.  I'm no natural single hander since I broke my pelvis a few years back.  Steering the lock free sections isn't too bad, but I don't really do jumps any more, and am not confident with tacling too many locks alone.  But from Shackerstone to Stoke Bruerne the "real" locks only kick in at Braunston and Buckby on the Grand Union.  The biggest task on the narrow canals would be the paired single locks at Hillmorton - I reckoned I could do that.

So I would stay with "Sickle" and start the journey, but Cath needed to be at home.  If we left Shackerstone and got a few miles in that would help, so that's what we did.  Rather daftly I suggested Cath could take the car on to another point, then cycle back or walk back to meet me coming towards her.  We could travel on those miles, have a final meal together, and she could then leave.  We rather miscalculated though, and she walked far further than sensible, plus by the time we arrived at Stoke Golding it seemed highly unlikely anybody would be serving a meal.  Fortunately we wee wrong, as a pub there actually has an Indian Restaurant attached to it - a double blessing, as I could have a proper pint of real ale with my "Indian" rather than the "traditional" Kingfisher, which, if I'm honest, I only drink under duress.

Sleeping alone on "Sickle" for the first time was an odd experience, but as a "Grand Union" motor's cross bed is really only a "single" in household terms, I did have a bit more room than sometimes!  I later learnt Cath wasn't home until about midnight - we pushed things a bit far, really, but it makes my task for the next couple of days a lot easier.

Again almost no "boaty" pictures, but here is a random selection from Sunday.....

It is worth reminding perhaps that clicking on any image will give an enlarged view. 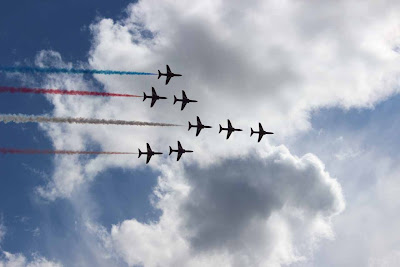 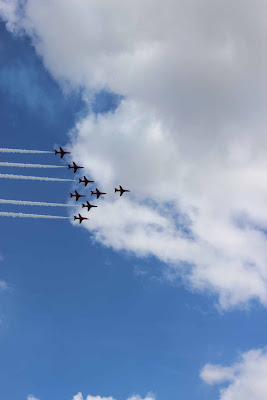 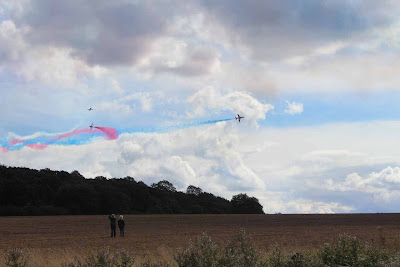 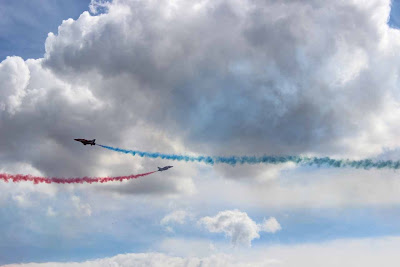 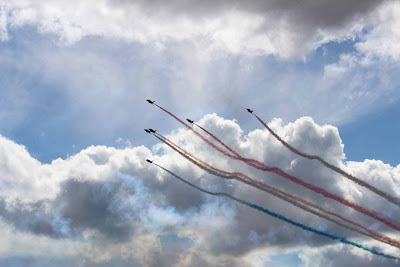 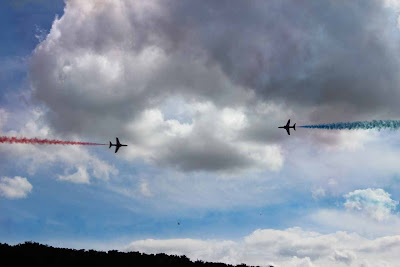 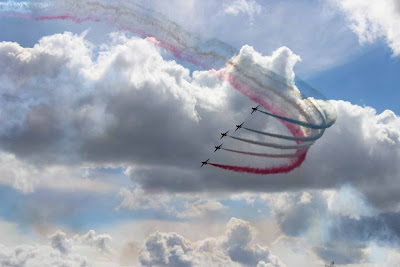 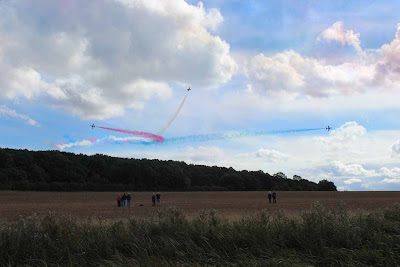 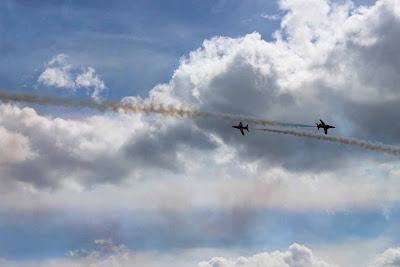 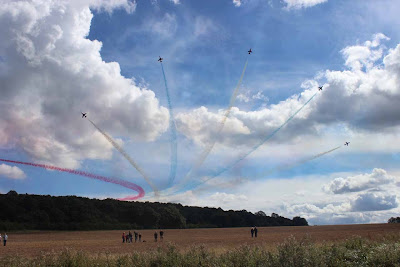 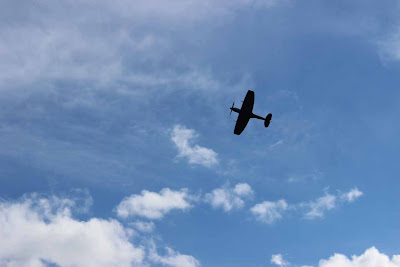 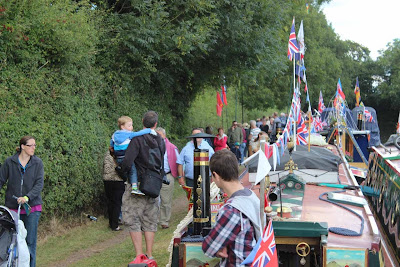 Not "boaty" pictures this time, but here is a random selection from Saturday.....

(Retrospective post after failing to keep up! - Boat Sickle - posted by Alan)


What's to say, really?  As I already indicated yesterday, this is our first trip up the Ashby Canal in any boat.  I did have reservations about "Sickle" because of her deep draught, and the fact that the Ashby is traditionally recognised as shallow, or at least in parts shallow.  But we know lots of the other "historics" plough up it.

Actually the books say that a robust dredging program has improved much of it, but that program was not comprehensive, so other parts remain un-dredged.  That just about sums it up!  Mostly progress was OK, but at some points you really are stirring up the silt, sometimes for several miles at a time.  It could be worse, though, and a much higher percentage is OK, than is really bad.


It is a very pretty canal, and I can almost tolerate its "locklessness", (I like a reasonable injection of locks, usually!).  Of course it is a canal that ultimately you can only turn around and come back again - there is no possibility of a one way passage as part of a circular route.

We booked into "Shacky" late, so were told we would need to moor away from the area reserved for historic boats, although there was plenty of space in this when we turned up.  Not wishing to upset the organisers though, we did as we were told, and managed to just squeeze into a space right by what looked like it would be one of the entrances to the festival site - one of the advantages of being only 40 feet, of course.  However we could not get the boat anywhere near the bank, and as Odin is currently still freaked by walking a plank, we decided he probably couldn't actually accompany us to the festival itself.

One of our friends who had volunteered to take someone back to Alvecote was with us quite soon after, and Cath went off to collect our car.  In the meantime I walked Odin up to the railway station for the preserved "Battlefield Line", which runs from here.  They couldn't actually supply a timetable for the trains on the Festival days, but I at least had a cup of coffee whilst there.